It was an immense pleasure and honour for me to attend IATEFL conference 2019 at Liverpool, UK, and present my paper on ‘Teaching English Using Locally Made/ Available Materials’. My presentation was well-received by participants. As I look back at my feedback sheet, the comments such as ‘lovely-very creative, communicative and compelling’ by Sarah Moont and ‘very engaging’ by Sue Gorton demonstrate the enthusiasm the IATEFL participants had.

The words in bold letters show what language items are focused to teach the learners. And you can always customize to fit your requirement and make your own versions. You will be amazed just with the following miniature items mentioned below, how much language we can teach.

Materials (miniature, realia) that were used: 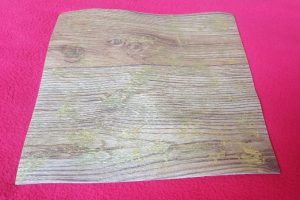 After you lay the carpet, you can roll back uttering either of these sentences:

Depending on what you want the learners to learn, you can modify the sentence and say, ‘I’m beating the carpet to dust off.’ (this expression could be in Nepali context where sometimes carpet needs beating to shed off the dust). If it is not the appropriate context in your situation, you can modify the language.

Before you ask your students to make their own version of language expressions, make sure that they have enough exposure what you do and what you say. 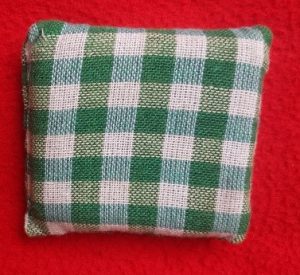 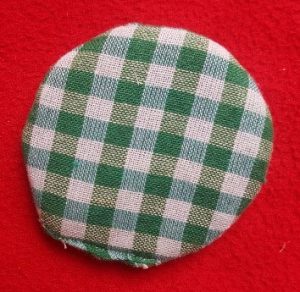 Now say this: Both

the round cushion and the square cushion are on the carpet-. 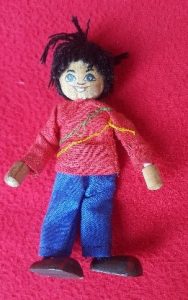 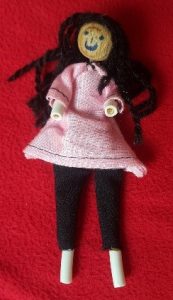 Place the girl on the round cushion and say:

The girl is sitting on the round cushion.

Then place the boy on the square cushion and say: 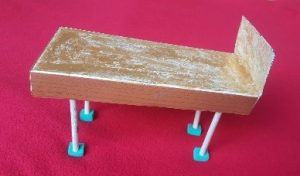 Put the pen in front of the girl and say:

‘There’s a pen in front of the girl.’

Next, put the fish in front of the boy and say:

‘There’s a fish in front of the boy’,

Next say this sentence:

‘There’s a fish in front of the boy.’

You can give other examples so that students can get ample opportunities to listen to and practice.

Show a broom and say ’a broom’. Now say:

‘It’s a broom. It is used for sweeping the floor.‘

Now place the broom between the boy and the girl and say:

‘The broom is between the boy and the girl.’

Next, point toward the bed and say:

Let’s do the same with mattress.

Next, hold the mattress and press it with your fingers, and say: ‘The mattress is soft.’

Next, feel the metal bed and say: ‘But the bed is hard.’

Then, say this: ‘The mattress is soft whereas the bed is hard.’

Now show money and say ’money’. Say this: ‘This is money.’

(Note: Make sure that the students understand this clearly, and won’t say a ten-rupees note, which would be considered grammatically wrong.)

You can also make the statement: ‘Some people hide their money under the mattress.’ 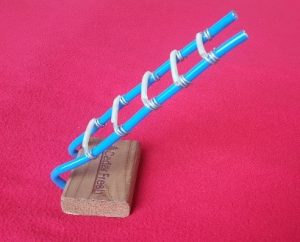 Show ladder and say –a ladder.

Finally say: ‘These are rungs of the ladder.’

And make a dramatic expression: ‘But I’m not going to bed.’ Show the doll of the 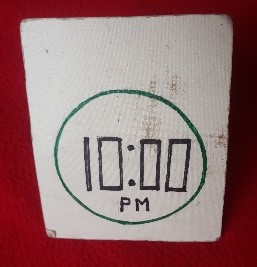 woman and say: This woman is going to bed. Now dramatically make the woman walk toward the ladder and say: The woman is walking towards the ladder. 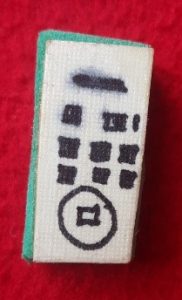 ‘She is climbing down the ladder. There’s some price to pay when you forget, isn’t there?’

Put the mobile phone under her arm and say:

Now ask her to climb up the ladder again and say:

Put the woman in the bed and pull the quilt over her and say these sentences: ‘She pulled the quilt/duvet.’

Now say, ‘She was too tired and now she’s fast asleep. She’s 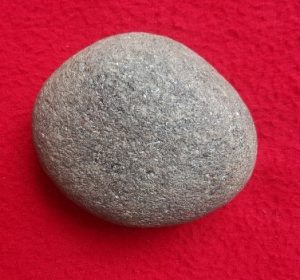 And now show a log and a rock and put on the floor, which are motionless. And again say: ‘The woman is sleeping like a log/a rock.’ Now say this: ‘And now she’s dreaming about a magnificent house with a beautiful garden.’ And place the house and the garden in front of it on the table.

Now you can also ask your students to make their own version of language using the items you used. 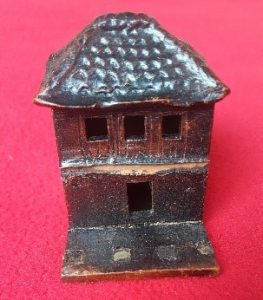 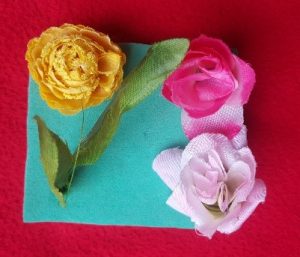 [Note: since you have come up to here reading the whole piece, please share your feeling, feedback or any question related to this article in the comment box below, which will encourage the author. Thank you!]

*The author is a freelance writer and a life member of Nepal English Language Teachers’ Association (NELTA).